The name Kamloops is derived from a Shuswap word meaning “meeting of the waters” and as Kamloops has grown it has become a meeting of not only water, but also of transport from both roads and rail. One of the local rail lines runs straight through the downtown core, effectively dividing the downtown business areas from the picturesque Riverside Park and Interior Savings Center Coliseum, the home of the local Blazers Hockey team. Both the business area and the park are important locations for local events and generate a great deal of foot traffic. With the presence of the rail tracks a pedestrian bridge was constructed on 3rd Street in 199x to ensure that these high traffic areas are always connected, even when large transport trains are running through the town. Newport Structures was responsible for the construction of the pedestrian overpass and it has diligently served the downtown core for over 20 years and has become a landmark to identify the downtown core of Kamloops. 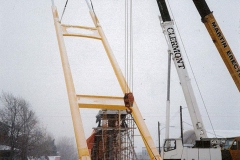 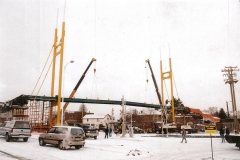 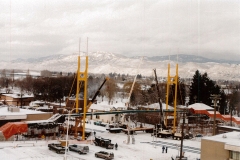 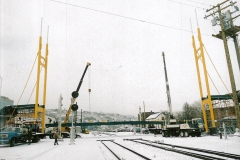 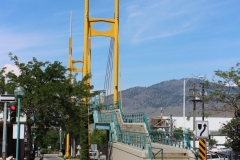 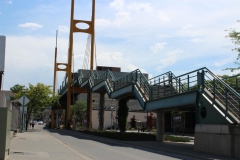